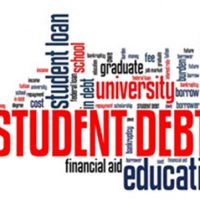 From the Wall Street Journal comes a heartening story. A federal bankruptcy judge in Poughkeepsie, New York has approved the discharge of almost a quarter million dollars in student loans in a Chapter 7 bankruptcy. The judge did so even though she did not find that the debtor was unemployable or disabled, which are usually required for judges to discharge a debt as an “undue hardship.”

Instead, Judge Cecelia G. Morris held that simply paying back the debt itself would operate as an undue burden, which is the standard for deciding whether to discharge student loans. She then wiped the slate clean, discharging over $200,000 in student loans.

Should You Include Student Loan Debts in Your Bankruptcy?

In most cases, judges will not discharge student loan debt unless the student satisfies the “Brunner” test, which has the following prongs:

In many courts, judges want to see that a debtor is disabled or has a long period of unemployment before they will even consider discharging debt. These judges seem to require that a debtor show it is “hopeless” that they will ever be able to pay back their loans, which is not actually the legal standard.

If more judges are willing to follow Judge Morris, then more students should include their student loans in their bankruptcy petition. After all, the worst that can happen is that a judge will refuse to discharge them. But you’ll never know unless you actually try to get them wiped out.

More on the Student who Discharged His Loan

The student in this case, Kevin Rosenberg, was a Navy Veteran who took out loans for his undergraduate degree before completing his stint in the Navy. Afterward, he took out additional loans to attend the Benjamin Cardozo Law School in New York. According to Yahoo, he had around $116,000 in total debt when he graduated law school, which had ballooned to over $200,000 over the next 14 years due to interest accumulation.

We should point out that Mr. Rosenberg did not go into default, so he satisfied that part of the Brunner test. He always kept up with his payments, though he clearly did not pay enough to cover interest, which compounded at an alarming rate.

However, other choices Mr. Rosenberg made might cause a different judge to raise an eyebrow. For example, he obtained a legal job following law school but left it because he didn’t think the law was right for him. His other jobs, such as running an online equipment rental business, were not law related, and he suffered financial setbacks during the Great Recession. Some have argued that Mr. Rosenberg should work a legal job, which is what his education prepared him for, and that he shouldn’t benefit from bankruptcy unless all employment avenues are closed.

At Nowack & Olson, we applaud Judge Morris’ decision to find that Mr. Rosenberg’s student loans posed an undue burden. We hope bankruptcy judges in Florida will follow this path and discharge more student loans when they are hindering a borrower’s ability to have a normal life.

If you are interested in bankruptcy, contact our Plantation bankruptcy lawyers today. We offer a free consultation to those who call 888-813-4737 or send us a message.