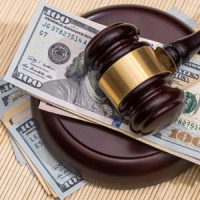 Bankruptcy is not only for the poor and low income. Many wealthy people also struggle financially, becoming so overextended that they can no longer pay their bills. A recent example of this is NHL forward Evander Kane, who filed for Chapter 7 bankruptcy protection last week. Kane is a forward for the San Jose Sharks but was forced into bankruptcy due to almost $27 million in debt.

Million-Dollar Contracts Are Not Enough

Drafted in 2009, the 29-year-old Kane has been in the league for over a decade. During this time, he has amassed nearly $53 million in pay, including the seven-year, $49 million contract that he signed only two years ago.

However, Kane might not play this upcoming season because of COVID concerns. According to USA Today, the NHL player recently welcomed his first child into the world and has expressed concerns about how playing could affect his family’s health. Whether he plays in the upcoming season is up in the air, though he has been participating in training camp. If he doesn’t play, his contract will be carried over a year.

In the paperwork he filed with the federal bankruptcy court in San Jose, Kane only listed assets of $10.2 to offset his $26.8 million in liabilities. The petition did not clarify how he has managed to get into so much debt. He also listed seven dependents, including his newborn baby, his mother, and his sister, among others.

According to The Athletic, Kane lost $1.5 million gambling in 2020. He even was sued over unpaid gambling debt. A total of 47 creditors are listed in his paperwork.

With a Chapter 7 bankruptcy, Kane will probably lose his home, provided it has some equity in it. He will likely lose almost all of his other assets. Chapter 7 is a straight liquidation, so debtors are only able to exempt certain property according to their state law.

Sometimes high-income people file for bankruptcy simply to stop a foreclosure or other collection action from taking place. This halt gives them enough time to pull together the money they need to catch up on their mortgage. Lil Kim allegedly used a Chapter 13 bankruptcy for precisely this purpose a few years ago.

We have no insight into why the NHL star filed for liquidation but will watch the case to see if he ultimately asks the bankruptcy court to dismiss it.

We Can Help High-Income Debtors

Bankruptcy can be a sensible solution to overwhelming debts regardless of how many assets you have. High income people do have some options, however. Chapter 7 might not be the best choice for everybody. Instead, you might file for Chapter 13 protection or even Chapter 11 if you have very high debt levels.

The sooner you confront the issue, the better. At Nowack & Olson, our Plantation bankruptcy attorneys are ready and willing to assist in any way we can. Typically, we review our clients’ finances and help them understand their options. We can also complete and file all paperwork with the court. Call us today at 888-813-4737 to schedule a free consultation.