One Woman’s Experience with Debt Settlement 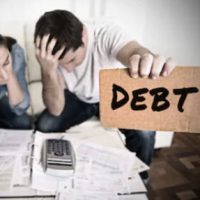 Business Insider has an eye-opening story from a woman who managed to clear out more than $22,000 in credit card debt using debt settlement but who expresses regret with the process. The woman’s story is well worth hearing, because debt settlement companies aggressively sell their services without mentioning an attractive alternative—bankruptcy. Although debt settlement might sound like a good way of getting out from under debt, it has more downsides than simply declaring bankruptcy and moving forward.

If you have a question about how to tackle your debts, you should meet with a Plantation bankruptcy attorney at Nowack & Olson. We can provide a holistic review of your options.

Not as Cost Effective as She Thought

The author of this article, Melinda Sinerez, decided to go with a debt settlement company to clear $22,600 in debt, mostly on credit cards. Her monthly debt service payment was a little over $500 a month, which she hoped to reduce. By hiring a debt settlement company, she would pay only $350 a month as the company worked to get creditors to agree to settle for less than the face value of the debts.

Debt settlement involves stopping payment on debts and going into default. This is designed to create an incentive for a creditor to settle a debt for a fraction of what it is owed. However, one creditor ended up filing a lawsuit, which Melinda could not ignore because her wages would be garnished if she did nothing.

Settling with this creditor, however, added another $200 to her monthly bill with the settlement company. As a result, it was now just as costly each month to go through debt settlement as it was to just keep paying her debts.

Not All Debt is Wiped

Each creditor decides whether it wants to settle and for how much. Some can refuse to settle, and some might require a larger lump sum than other creditors.

Ultimately, Melinda settled with most of her creditors, but they all required at least 40%, and some wouldn’t settle for less than 70%. All told, debt settlement only wiped out around 50% of her debt. This still left her paying roughly $11,000.

What did Melissa really accomplish? Had she filed for bankruptcy, her fees would have been a fraction of what the debt settlement company charged, and she would have wiped out all unsecured credit card debt. True, her credit would be shredded, but defaulting as part of debt settlement also shredded her credit, forcing it below 600 for the first time.

There has to be a better option. If you are struggling with credit card debt, contact one of our bankruptcy attorneys today at 888-813-4737. It is possible to wipe out much more debt at a fraction of the cost and then repair credit quickly. We offer a free consultation to help you understand the bankruptcy process.