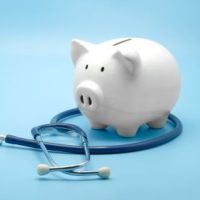 The cost of healthcare is a major burden to Americans in all 50 states, but the situation is especially bad in Florida.  The Sunshine State is one of only 12 states that has not adopted Medicaid expansions pursuant to the Affordable Care Act.  It is almost impossible for adults to get Medicaid in Florida unless their household income is less than 30 percent of the federal poverty level.  According to the healthinsurance.org website, there are more than 400,000 Florida residents who, despite not qualifying for Medicaid, have no realistic way of affording health insurance.  Meanwhile, doctors and hospitals keep sending bills, and when you can’t pay, collection agencies take over where the original creditors left off.  Several recent policy changes have aimed to lessen the burden of medical debt, but these are limited in scope, and they benefit people who have health insurance more than they benefit uninsured patients.  If you are in over your head with unpaid medical bills, a Miami debt lawyer can help you discharge, consolidate, or settle your medical debt.

Medical Debt Can Still Keep You Poor, Even If It Doesn’t Count Toward Your Credit Score

News headlines this year have offered several glimmers of hope for people struggling with medical debt.  The No Surprises Act went into effect, requiring healthcare providers to charge out-of-network patients the same prices they would charge in-network patients and then to settle up with the patients’ insurance companies after the fact.  This new law has prevented plenty of catastrophic medical bills, but it only applies to emergency medical treatment, and it only helps you if you have health insurance.  It doesn’t help you pay for the treatments that you put off until the physical pain became more intense than the financial pain.  It also doesn’t help if you have no health insurance, so everyone is out-of-network.

Likewise, the credit reporting bureaus have stopped reporting unpaid medical bills that are less than $500.  This policy also favors patients whose financial situations are far from the worst-case scenario.  The balance on a medical bill is more likely to be less than $500 if you have insurance that covers a portion of the bill or if you were able to make a partial payment at the time of service.

Despite these modest steps in the right direction, medical debt remains a major cause of financial hardship.  It is possible to discharge medical debts in chapter 7 bankruptcy; low-income and middle-income filers can often be approved for chapter 7 bankruptcy without having to forfeit any assets.  If you do not want to file for bankruptcy, you can settle or consolidate your debts instead.

You have several options when it comes to making medical bills go away, and a consumer finance lawyer can help you decide which choice is best for you.  A South Florida debt lawyer can help you tackle your medical debt and rebuild your credit.  Contact Nowack & Olson, PLLC in Miami, Florida to discuss your case.