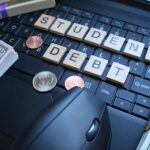 According to statistics, Americans owe more on student loans than they do any other type of loan apart from mortgages. Indeed, student loan debt has risen much faster than other forms of debt and today totals almost $1.5 trillion. You might think that you can discharge student loans like you can any other unsecured… Read More »

Why millennials shouldn’t count on bankruptcy for student debt

According to a report by the Federal Reserve Bank of New York, Americans owe more in student loan debt than all the credit card debt combined. That is a huge financial epidemic. One that is felt heavily by millennials, many of whom are facing the harsh reality of the job market. While credit card… Read More »

Are you eligible to have your federal student loans forgiven?

One of the toughest lessons college students today learn is that education doesn’t come cheap. In fact, the degree you pursued may be costing you money you don’t have, and won’t have for decades. Student loan debt is one of the most common types of debt people in the U.S. carry. Unfortunately, it is… Read More »

Financial windfall may not keep you out of bankrutpcy

Money problems that lead to the need for bankruptcy protection usually do not occur overnight. A sudden cash influx is a dream of many facing dire financial issues. While it may provide immediate relief, spending habits must change. Many lottery jackpot hopefuls believe that the right numbers will end their stress over finances. For… Read More »

If you have significant and unmanageable student loan debt, you are not alone. A growing number of post-secondary education attendees and graduates face the same financial stress. In spite of government programs created to improve management of monthly payments, defaults are at record levels. The number of borrowers defaulting has reached its highest levels… Read More »

Since the 1970s, student loans have been mostly exempt from bankruptcy discharge. Students and graduates crushed by overwhelming debt have been unable to find relief from their student loans by filing for Chapter 7 bankruptcy. Florida’s governor and many other politicians from both political sides are listening to student activist groups and advocates about… Read More »

In many ways, student loans can help out someone in need of college money, who might not otherwise have the chance at an education. Many student loans allow deferment until after graduation. However, jobs aren’t always in demand right after someone gets a degree, leaving the borrower in the unfortunate situation of not being… Read More »

People in Florida who struggle with credit card debt and pay lots of interest in other types of loans may have had the opportunity to refinance their debt — sometimes avoiding personal bankruptcy in the process. But while people in Fort Lauderdale and around the country have been able to refinance mortgages, car loans… Read More »