The Biggest Source Of Consumer Debt Is Not The Consumers’ Fault 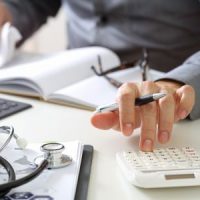 It is tempting to blame people who are struggling with consumer debt to blame the problem on individual borrowers; perhaps it is human nature to be attracted to Schadenfreude.  When someone tells you that their divorce ruined their finances, your inner grouch says, “That’s what you get for marrying a gold digger.”  When someone complains that they are struggling to keep up with student loan payments even after enrolling in an income-based repayment plan, the misanthropic voice in your head says, “Precious lot of good that Ivy League degree is doing you,” or even, “Perhaps you really didn’t need that second master’s degree.”  When you are the one struggling with debt, though, your conscience insists that it is not your fault, and your conscience is right.  Poor choices and irresponsible spending are not the biggest reason that more than half of Americans are in debt; the unaffordable cost of health care is.  If medical debt is stressing you out, contact a Plantation debt lawyer.

The event that precipitates the greatest number of bankruptcy filings is not divorce, student loans, or failed business ventures.  It is medical debt.  You have probably heard the statistic that half of Americans could not afford to cover a $400 emergency expense without taking on additional debt, whether that means charging the expense to a credit card, borrowing from a friend, taking out a payday loan, or any other type of borrowing.  Most of those emergency expenses are medical bills.

It isn’t just freak accidents or permanent injuries that lead to catastrophic medical debt.  To give you an idea of just how bad America’s medical debt crisis is, the four leading causes of medical debts above $5,000 are common conditions and occurrences that could happen to almost anyone and, in fact, probably have happened to you or to lots of people you know.  The most common cause of medical debts that are that high are for emergency rooms visits, and these data come from before United Healthcare instituted its stricter rules for which ER visit claims it accepts.  Visits to specialists were the second leading cause, which is terrifying when you consider how many people require the treatment of specialists to help them manage chronic illnesses.  Even worse, the third leading cause was bills related to childbirth and the fourth leading cause was bills from dentists.

It will take major policy changes to create a society where a toothache or the birth of a baby will not ruin people’s finances.  In the meantime, the best way to deal with insurmountable medical debt is to contact a debt lawyer.

Is Filing for Bankruptcy the Solution to Your Medical Debt Problem?

If medical bills have sent you into a tailspin of debt, a debt lawyer can help you see the big picture about your medical debt and how to approach repayment or discharging of debts and repairing your credit.  Contact Nowack & Olson, PLLC for help today.