The Head Of Family Exemption And Florida Wage Garnishment Laws 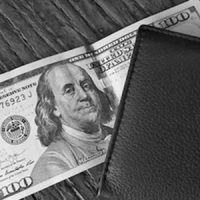 As frightening as it sounds, the court can give permission to a creditor to take money out of your paycheck before your hard-earned money even reaches your bank account.  Just as the law requires your employer to withhold certain amounts of money from your paycheck for taxes, a garnishment order requires your employer to send a percentage off your post-tax income, also known as your disposable income, to a creditor out of each paycheck until you have repaid the amount that you owe to the creditor.  Taking money out of your paycheck and sending it directly to a creditor is known by euphemisms such as wage garnishment and wage attachment.  The good news is that there are limits to the amount and percentage that the creditor can garnish from each paycheck, and in some circumstances, they cannot garnish any money at all.  To find out more about whether you are exempt from wage garnishment, contact a Plantation wage garnishment lawyer.

What Is a Head of Family?

A head of family, in this context, is someone who provides 50 percent or more of the financial support for a dependent.  The following people count as dependents:

Richard signed a promissory note when he borrowed $43,000 from the bank in 2007.  The promissory note contained a provision in which Richard consented to the bank seeking a writ of garnishment if he were to default on the loan.  By the time Richard defaulted on the loan, he owed the bank more than $51,000; the reason the amount he owed was more than the original principal amount was that it also included interest and late fees.

When the bank tried to garnish Richard’s earnings, Richard objected, claiming that he should be exempt from garnishment because he was a head of family.  The appeals court’s decision did not indicate Richard’s income or which family member depended on him financially.  The appeals court judges did not even reach a consensus on whether Richard was entitled to the exemption, since the promissory note did not refer to the statute about exemptions from garnishment.

A wage garnishment lawyer can help you stop creditors from encroaching on the earned income you use to support your family.  Contact Nowack & Olson, PLLC in Plantation, Florida to discuss your case.