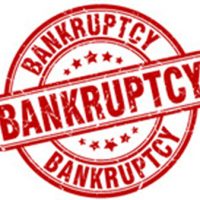 The nation’s largest gun rights group has filed for bankruptcy, according to media reports. The NRA filed for Chapter 11 bankruptcy protection in Dallas federal court and announced concurrently that it would incorporate in Texas. Currently, the NRA is incorporated as a nonprofit in New York, where it faces a lawsuit filed by the New York Attorney General.

Like other entities, the NRA has struggled due to the coronavirus. In its filings, it listed $100-500 million in assets and an equal amount in liabilities. The company had to lay off dozens of employees and has struggled with fundraising. Based on its filings, the company owes roughly $1.2 million to an advertising agency—its largest creditor. It also owes roughly $1 million to a marketing limited liability company and about $200,000 to a speedway.

NRA officials were upfront that they have filed for bankruptcy protection due to the litigation in New York, which seeks to dissolve the company due to allegations of fraud. These same officials also stated that reorganizing the company in Texas was driven by similar concerns. Although the company has its headquarters in Virginia, incorporating in Texas allows it to be in a solid “red” state that supports gun rights. The organization has over 400,000 members in Texas and roughly 5 million around the country.

Protecting a Company with a Bankruptcy Filing

Controversy has surrounded how the NRA has been run for years, with a focus on CEO Wayne LaPierre. Some have alleged that the CEO uses funds for personal purposes; he also signed a large post-employment contract. The company also had to pay a fine recently to New York state for marketing insurance products to its members.

The New York Attorney General has pledged that this latest move will not allow the company to avoid legal accountability for self-dealing and other financial crimes. She intends to press forward with the lawsuit even though the company will no longer be based in New York.

The NRA is not the only company that has used bankruptcy to try and avoid the consequence of lawsuits. The Boy Scouts recently filed for bankruptcy to help it deal with an avalanche of sexual abuse claims stemming from decades of misconduct.

Filing for bankruptcy halts any litigation against a company for pre-petition claims. This is the automatic stay at work. A debtor can also discharge many—though not all—judgments against it. For example, many claims based on mere negligence can be eliminated. But a judgment for fraud cannot. In some cases, a judgment can be discharged unless the creditor files an objection.

Eliminating legal claims helps a company emerge without countless lawsuits threatening to overwhelm it. It is something we encourage our business clients to consider when reviewing their financial situation.

The NRA is not the only company that should consider the benefits of a bankruptcy filing. With the economy still fragile, many nonprofits could seize the opportunity to eliminate burdensome debts. Please call the Plantation bankruptcy lawyers at Nowack & Olson PLLC today at 888-813-4737. We offer a free consultation to our clients in a confidential setting.