Too Broke for Bankruptcy? 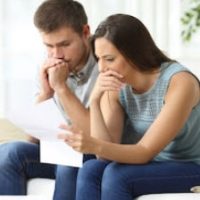 It might sound counterintuitive, but some people are actually too broke to file for bankruptcy. The reason? They can’t afford the filing fee for a Chapter 7 bankruptcy. Also, they might not be able to afford the fees for an attorney.

One option is to file for Chapter 13 bankruptcy protection, which will allow a debtor to pay off the filing fee over a few months. Attorney fees can also be added to the payment plan, which means the filer has a few years to pay them off.

However, Chapter 13 is not for everybody, especially since it will take several years to work through the payment plan. A Chapter 7 is a much faster way to eliminate unsecured debt like credit card debt, personal loans, and medical debt.

Pacific Standard magazine has published a recent story about proposals from the American Bankruptcy Institute (ABI) to make bankruptcy more accessible for people. They also want to encourage bankruptcy courts to discharge more debts, which will allow debtors to land on their feet quicker.

Changes to How Attorneys are Paid

One proposal floated from ABI is to allow debtors to pay off their attorneys over a period of time. Currently, debtors can’t do that because attorney’s fees are treated as an unsecured debt in bankruptcy, just like credit card debt. This type of debt gets discharged in a Chapter 7, so attorneys demand money up front. If a debtor is too poor, then they can’t file.

If either of these changes goes through, then a lawyer might be more affordable because he or she has a higher chance of getting paid. This should make it more possible for people to hire a lawyer to help them with their Chapter 7 bankruptcy.

Student loans make up an increasing percentage of the average American’s debt load. Certainly, allowing debtors to eliminate these debts would put people on solid financial footing once they have completed a bankruptcy.

Will These Changes Be Made?

The last major revision of the bankruptcy Code occurred in 2005. However, the changes were not favorable to debtors. Instead, many of the changes were on the wish list of the financial services industry. With Congress currently divided between the two political parties, any common-sense changes that could benefit ordinary people are unlikely to receive approval.

If you are struggling to keep up with debts, you should develop a game plan for relieving the financial stress. At Nowack & Olson, our Plantation bankruptcy attorneys have advised hundreds of consumers about the best path forward out of debt.

Please give us a call, 888-813-4737, or send us an online message. You can meet with one of our Plantation Chapter 7 bankruptcy attorneys for a free initial consultation.