Where Is The Foreclosure Tsunami That Everyone Feared? 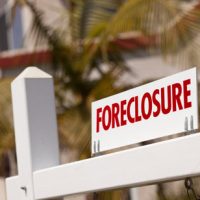 New COVID-19 cases are declining in most parts of the United States, including Florida, which has weathered the worst of several surges.  Even though another round of widespread business shutdowns seems more like a worry in the backs of business owners’ minds than an inevitability, the economy is hardly booming.  Many people who lost their jobs at the beginning of the pandemic have yet to reenter the workforce full-time, and even among workers who have remained employed throughout the pandemic, many are earning less now than they did in 2019.  With so many mortgage forbearance plans expiring in the next few months, it seems like a perfect storm for a major wave of home mortgage foreclosures, but the foreclosure tsunami that the Internet has been talking about has yet to become a reality.  Even if lenders begin the foreclosure process with many thousands of borrowers in the coming months, we are unlikely to see a foreclosure crisis like the one that happened in 2008.  Meanwhile, if you are in danger of your mortgage lender initiating foreclosure after your current forbearance ends, contact a Plantation foreclosure defense lawyer.

What Will Happen When Nearly a Million Mortgages Exit Forbearance This Fall?

The federal moratorium on home mortgage lenders initiating foreclosure proceedings ended at the end of July 2021, and economists feared that mortgage lenders would jump at the opportunity to foreclose on as many delinquent mortgages as possible, but so far, that has not happened.  In August 2021, 1.6 million home mortgage loans were in forbearance, and more than half of those forbearances will end by the end of October.

More than 8,000 foreclosures nationwide began in August 2021, which is much lower than pre-pandemic levels, but certainly a change from the days of the foreclosure moratorium.  With 643 new foreclosure cases, Florida ranked only behind California and Texas; in general, the distribution of new foreclosure cases among states was proportional to the overall population of the states.

According to Millionacres, one reason that we are unlikely to see a foreclosure tsunami like in 2008 is that today’s mortgage borrowers have more equity in their homes, on average, that in the 2008 crisis, where lenders offered mortgages to borrowers who lacked the means to repay them, and unsurprisingly, many borrowers defaulted quickly.  Today’s borrowers, when faced with foreclosure, have a better chance of selling their houses and paying the balance of their mortgage loans, thereby avoiding foreclosure.  They might also be able to refinance their mortgage loans to get a more affordable monthly payment; the more equity you have in your home, the easier it is to do this.

A Foreclosure Defense Lawyer Can Help You Stay in Your Home

Foreclosure is a scary word, but there are many chances to resolve the problem before being forced to leave your home, and a foreclosure defense lawyer can help.  For example, you might be able to refinance your mortgage or consolidate your other debts to free up more money to keep making mortgage payments until your income increases again.  Contact Nowack & Olson, PLLC in Plantation, Florida to discuss your case.