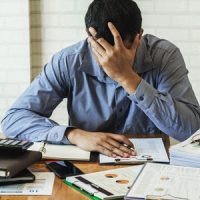 New York’s freshman Congresswoman Alexandria Ocasio-Cortez continues to make waves. In January, she announced that high-income people should pay a 70% income tax, which is roughly double what they currently pay. She has also proposed a “New Green Deal” which seeks to lower carbon emissions while boosting the number of good-paying jobs. But in a series of recent tweets, Ms. Cortez has proposed something that really caught our eye—she wants Congress to investigate the credit score system.

Most people know that their credit score measures the risk that they would pose to a lender. Scores typically range from 300 to 800, with a higher score representing a better credit risk. Whenever a person goes to buy a car or home, the lender will almost always pull their credit score. The score also determines the interest rate a lender charges the borrower.

According to Bankrate, Congresswoman Cortez called the credit score system “very broken” and alleged that it “manufactured shame” in poorer Americans, who typically have lower credit scores. She recommended that Congress actually investigate the entire system—something she could certainly pursue, since she sits on a key House financial services committee.

Ocasio-Cortez is not the first politician to express displeasure with the nations credit reporting agencies (CRAs) like Equifax, Experian, and TransUnion. Congressional Democrats introduced the Comprehensive Consumer Credit Reporting Reform Act of 2017 to ensure that CRAs processed information accurately and completely. Inaccurate information is one reason that many people have lower scores than they otherwise would.

The legislation had several goals, including:

With Democrats lacking control of any branch of government, the bill did not pass, but it might be revived in 2019 now that their party controls the House of Representatives.

Negative credit can often snowball, with distressed debtors taking on high-interest loans which they cannot repay. If you are struggling to pay your bills, you might benefit by a consumer bankruptcy.

The team at Nowack & Olson has deep experience with Chapter 7 and Chapter 13 bankruptcies. We can analyze which one is right for you and how much of your current debt load you can discharge.

If you would like to talk to one of our lawyers, please call 888-813-4737. We offer a free, confidential consultation that you can schedule at a convenient time.