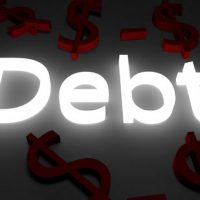 A recent article in Forbes tries to underplay how high medical expenses drive many consumers to bankruptcy. Titled “Exposing the Myth of Widespread Medical Bankruptcy,” this article simply reaffirms that many consumers struggle with debts caused by medical crises. At Nowack & Olson, we meet with clients every day who have suddenly fallen behind on bills because of a medical crisis well beyond their control. For them, bankruptcy is a lifeline which can offer them a fresh financial start.

How Many Bankruptcies are “Caused” by Medical Debts?

During the previous decade, a Harvard law professor published two articles claiming that medical debts caused more than 50% of all bankruptcies. The professor was Elizabeth Warren, who you may know is now a senator for Massachusetts. She interviewed thousands of people who had filed for bankruptcy and asked them if they had large medical bills or missed work because of a medical condition. The papers caused a minor scandal in the bankruptcy world, since many people assumed that most bankruptcies were caused by extravagant spending.

Just recently, a new academic paper argues that far fewer bankruptcies are caused by medical debt—about 4% of bankruptcies filed by nonelderly adults. Noting that 20% of Americans have substantial medical debt but only 1% file for bankruptcy in any given year, the authors point out that some other factors must be at play. Which is true—but it hardly matters. However, Forbes has seized on this article to claim medical bankruptcies are far less widespread than initially thought.

In truth, the paper confirms that many Americans are struggling with medical-related expenses. In fact, 1 in 5 Americans are. Really, the academic paper only shows that indebted consumers face many stressors and not only medical debt.

Let’s say you have a home mortgage costing you $1,000 a month, a car payment costing $450 a month, and credit card bills totaling $100. With this debt load and other expenses, you might be living paycheck to paycheck.

Now add on top of this $15,000 for a medical debt. Your medical debt might add another couple hundred dollars a month in expenses, with no relief in sight. Because of your illness or injury, you might have lost hours at work and are bringing home less income each month.

But why does any of that matter? Medical debt is clearly “a” cause of bankruptcy even if it is not the “only” one. Maybe Forbes thinks you should sell your home and move in with your parents, but you worked hard to buy that home. And Florida law does not require that you give it up to pay medical bills instead. What Forbes really wants to push is the idea that consumers considering bankruptcy have made poor financial decisions and don’t deserve to file for bankruptcy.

Forbes magazine might be skeptical that medical debt causes bankruptcy, but the lawyers at Nowack & Olson know the truth. Every week we meet consumers whose incomes are stretched to the breaking point. All it takes is one medical emergency to send people over the financial edge. Fortunately, peace of mind is available. Contact a bankruptcy lawyer at Nowack & Olson in Plantation today for a free consultation by calling 866-907-2970.