Which States Have the Highest Bankruptcy Rates? 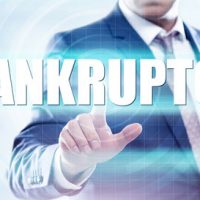 Bankruptcy law is largely federal, so the same rules apply to everybody around the country. One interesting question is which states have the most bankruptcies. Of course, this will depend on population. No one should be surprised if California has more bankruptcies than Vermont, since California has a population almost 60 times as large.

Another metric is to look at the bankruptcy rate as measured per 1,000 people. This would allow for an apples-to-apples comparison between the states and allow us to identify those states with the most bankruptcies.

USA Today has a story on this precise issue. Using information from the American Bankruptcy Institute, they found that the following states lead the way:

Four of the top 5 states are in the South, though, fortunately Florida is not one of them. For the nation as a whole, the bankruptcy filing rate was 2.5 per 1,000 people.

According to the American Bankruptcy Institute, the total number of bankruptcies hit 64,283 last month. This was a 3% increase year over year. Overall, 2019 should see around 800,000 bankruptcies. ABI has broken out the numbers by business bankruptcies and consumer bankruptcies:

Interestingly, business filings jumped more than consumer filings. We don’t know if this means the business environment has weakened considerably in the past year, or if consumers have more savings that are allowing them to continue to manage their debt.

A Closer Look at Florida’s Numbers

The ABI statistics contain bad news for Florida—our state has seen a surge in bankruptcy filings, year over year. In fact, there has been a 10% increase in filings for July 2019 compared to July 2018. This was the second highest jump in the country, behind only Hawaii, which saw a 15% increase year over year.

However, the bankruptcy rate for Florida still remains relatively low. We see only 2.51 filings per 1,000 people, which is almost on the nose for the national average. Of the 50 states and the District of Columbia, we rank only 21 in the country, so we are still doing quite well. However, if the recent surge in filings continues, then we could soon join Southern states like Alabama and Mississippi as one of the states with the highest rate of filings.

Whether a consumer or a small business should file for bankruptcy depends on several factors. You should review your debt with an attorney and consider whether your cash flow situation will improve. Bankruptcy is appropriate in some situations but a suboptimal choice in others.

If you would like to talk with an experienced Plantation bankruptcy attorney, contact Nowack & Olson today. We have helped tens of thousands of people just like you get financial relief. Contact us today by calling 888-813-4737 or sending us a message to schedule a complimentary consultation.